Charlie Kaufman has one of the most inventive and original minds in Hollywood. That’s probably why he has eluded mainstream success.

Mr. Kaufman is perhaps best known for writing the modern classic Eternal Sunshine of the Spotless Mind, for which he was awarded an Oscar for best original screenplay. He’s also the writer of Being John Malkovich, Adaptation, Anomalisa, and the writer-director of the little-known but brilliant Synecdoche, New York, which Roger Ebert named the “best film of the decade” (2000-2010).

In the words of fellow writer Jeremy Brock:

One of the few screenwriters to transcend his profession, Charlie Kaufman is responsible for some of the most unique, daring, and inventive screenplays in contemporary cinema. […] His films deal with identity, mortality, relationships, and the meaning or purpose of life. They are metaphysical, self-reflexive, hyper-aware, often using surrealist conceits to explore our fundamental anxieties. It is in this tradition of finding new, startling, and funny ways of exploring human psychology that Charlie Kaufman sits comfortably amongst the world’s greatest living writers.

Fans love him. Critics adore him. Mainstream audiences… ignore him.

And that’s a shame.

In a world filled with sequels, prequels, remakes, and reboots, creativity is dying in Hollywood. Worse than dying, I’d argue that creativity is being tied up, beaten, tortured, mocked, murdered, then thrown in a gutter and pissed on.

You could argue that I’m cynical.

You could also argue that I’m tired of being patronized by the regurgitated garbage Hollywood pukes up and tries to spoon feed us. We all know the difference between food and vomit, and Hollywood’s been steadily feeding us barf for the last ten years while distracting us with silly airplane noises like we’re babies.

But I’m getting sidetracked.

This isn’t about my personal disdain for Hollywood; this is about Charlie Kaufman’s views on consumerism, and Charlie Kaufman is much more polite, intelligent, and eloquent than I am.

I stumbled across a speech Charlie Kaufman delivered at a BAFTA lecture in 2011 and absolutely loved it.

Mr. Kaufman was supposed to deliver a speech about screenwriting, but gave the audience much more. The full speech covers a broad range of topics, but I spliced together a few of my favorites — Zombie Ants, Mind Control, and Consumerist Culture — and created the video below.

Watch and listen as Charlie Kaufman dissects and diagnoses the fallacies of our present-day culture, but rather than react with juvenile indignation (as I did in my brief rant earlier), he responds with poignant words of heartbroken yet hopeful wisdom.

If you’re ready to wake up…

Our new course is for you: 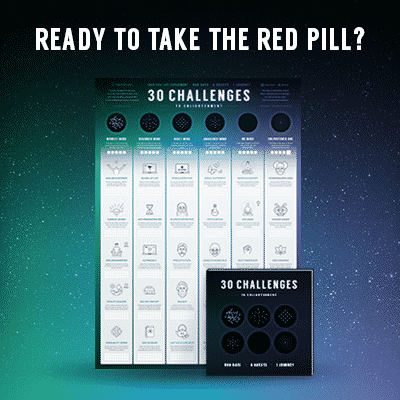 The Philosophy of Charlie Kaufman by David LaRocca, Ph.D.

hough he only made his directorial debut with Synecdoche, New York (2008), most fans and critics refer to “Kaufman films” the way they would otherwise discuss works by directors Woody Allen, Martin Scorsese, or the Coen brothers. Not only has Kaufman transformed our sense of what can take place in a film, but he also has made a significant impact on our understanding of the role of the screenwriter.